Roland have a long history of making great amps. This dates all the way back to 1975 when the classic Jazz Chorus series was released. That was more than 40 years ago! That being said, finding the best guitar amp can be tricky.

Today, there is a wide variety of stage-ready BOSS and Roland amps available. More importantly, there is something unique to offer every player. In this article, we’ll see how several amps compare to each other in terms of features and tones. Then we’ll find out which one will work best for your needs! 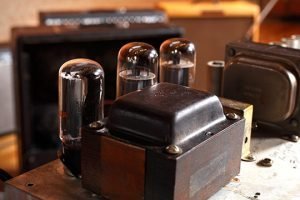 With decades of amplifier design experience in hand, in 2014 Roland released the Blues Cube series of amps to critical acclaim. The amps featured tones deeply informed by vintage Tweed platforms and powered by the Tube Logic design philosophy.

This was followed in 2016 by the BOSS Katana amplifiers. They took the world by storm with their supercharged British-style drive sounds to become some of the best-selling amps on the planet!

In 2018, the latest addition to the BOSS amp range was released. Enter the Nextone amps, which utilise four distinct analog Class AB poweramp circuits to bring another dimension of tonal versatility to the table.

In order to find the best guitar amp, let’s dive in to the sounds and features of each amp family.

Blues Cube amps are the result of painstaking research into what makes vintage Tweed amplifiers tick.

What comes to mind when you think of a vintage Tweed combo cranked to that elusive sweet spot? Rich harmonics with bouncy, elastic feel and edge-of-overdrive tones which work perfectly with dynamic playing to flit between clean and scream. You might also, however, think of the pain of lugging around heavy, decades-old amps! Most in dire need of maintenance with a chequered history of garage mods and who knows what else hiding in the past!

Rich harmonics with bouncy, elastic feel and edge-of-overdrive tones. Perfect with dynamic playing to fit between clean and scream. 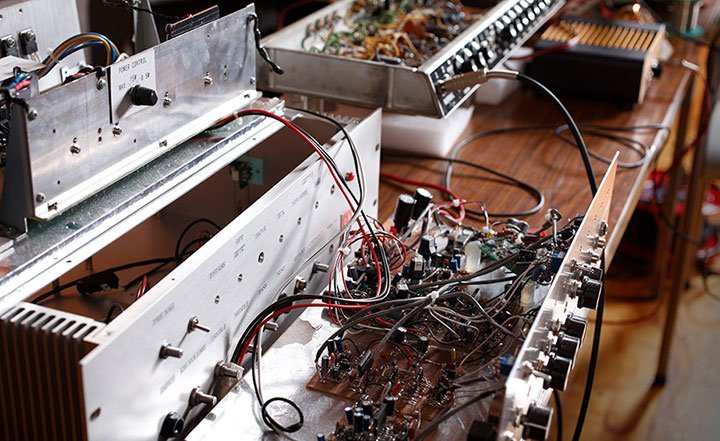 Our Tube Logic design philosophy uses DSP to carefully reproduce the complex inner workings of the best examples of vintage Tweed amps. This results in an amp that delivers all of these coveted characteristics without any of the limitations. And with power control down to 0.5W, the entire volume range is your sweet spot. No need to crank it up till you’re half deaf, or choke off your tone to appease the neighbours!

The best guitar amp – Respecting the past, creating the future

Not only do Blues Cubes faithfully recreate vintage Tweed tone, they go a step further. They do this by adding modern features like reverb, effects loop, USB recording and footswitching.

To top it all off, the open back cabinets are constructed from poplar plywood and loaded with custom-tuned 12-inch speakers. This yields a vibrant, resonant tone.

But wait, there’s more! Select members of the BC family have the ability to load Tone Capsules to completely re-voice the amp! This transforms it into a different beast all together. These Tone Capsules have been developed in collaboration with some very well-respected guitar players. Eric Johnson, Robben Ford and Jeff “Skunk” Baxter, to name a few. They have managed to replicate their prized, one-of-a-kind tube amps in a consistent platform. Learn more about Tone Capsules HERE.

KATANA – FOR THOSE ABOUT TO ROCK

Katana amps sit at the other end of the spectrum. Functionally they’re very different to Blues Cubes. They incorporate preset-based operation with a large variety of high quality effects to choose from.

Tonally, they sit on the opposite end of the scale too.

At the heart of Katana is the Brown channel, inspired of course by the legendary Brown Sound.

What’s the hallmark of the Brown Sound?

Powerful, muscular, and edgy, while still being fluid, organic and dynamic. For many, it’s the ultimate holy grail of rock tones.

Over the years many have puzzled over the various pieces of the gear puzzle that added up to that elusive tone. Finally, distilled down through the painstaking development of the high end WAZA AMP technology, Katana amps achieve the dream.  ‘A world class rock tone within reach of ALL guitar players!’

That’s not to say that Katana amps aren’t versatile, in fact quite the opposite! Aside from Brown, there are 3 other voicings (Clean, Crunch and Lead). These provide all the tonal versatility you need, as well as an acoustic preamp to run your acoustic guitar through.

The top panel of the amp gives you easy access to a variety of Booster/Modulation, Delay/FX and Reverb effects.

In its default state, you can switch through three of each effect type.

But once again – there’s more!

Connecting your Katana to the BOSS Tone Studio editor unlocks a whole new world of potential, giving you access to a whopping 61 effects! Tone Studio gives you control over detailed effects parameters, effects chains, EQ and more, allowing you to fine tune your tone to perfection.

NEXTONE – THE NEXT EVOLUTION

Both Blues Cube and Katana feature analog Class AB poweramps. The key advantage of having 4 completely different poweramp circuits is to allow realistic interaction between each power stage and the speaker.  Essentially this means that whenever you change the poweramp voicing, not only the tone but the whole feel and response of the amp will change!

…having 4 completely different poweramp circuits […] essentially means that whenever you change the poweramp voicing, not only the tone but the whole feel and response of the amp will change!

Compared to Katana, they offer a more traditional amp experience. They come with two straightforward channels and a small selection of workhorse effects – boost, delay, reverb and tremolo.

Compared to Blues Cube, they offer more versatility in voicings and gain range.

The best guitar amp – as you would expect, there’s more than meets the eye!

Connecting a Nextone amp to the computer editor unlocks Custom Mode. This allows you to virtually modify and “hotrod” the amp to your own specifications. For example, you can assign an American 6L6 sound to the clean channel, while having the roar of British EL34 on the lead. Once that’s done, fine-tune the feel and response of each of these with sag, bias, low/high cut and parametric EQ!

…you can assign an American 6L6 sound to the clean channel, while having the roar of British EL34 on the lead – and once that’s done, fine-tune the feel and response of each of these with sag, bias, low/high cut and parametric EQ!

You also gain access to a variety of different boosts, delays and reverb. All of this as well as the option to get rid of the boost in favour of a compressor, or the delay in favour of tremolo.

THERE’S SOMETHING FOR EVERYONE!

As you’ve just seen, no matter what type of player you are, BOSS and Roland amps have got you covered. From vintage Tweed to hot-rodded Brown Sound and everything in between. You now should have an idea of the best guitar amp (out of Nextone, Katana and Blues Cube) that will suit your needs. Now it’s time to jump into the specific models and find your new amp! 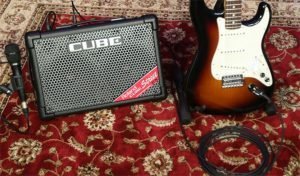 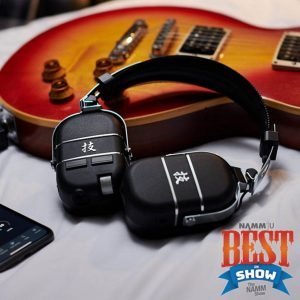 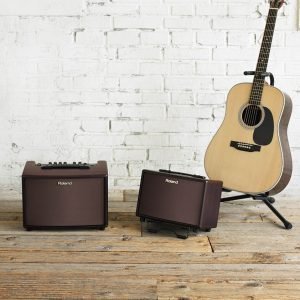