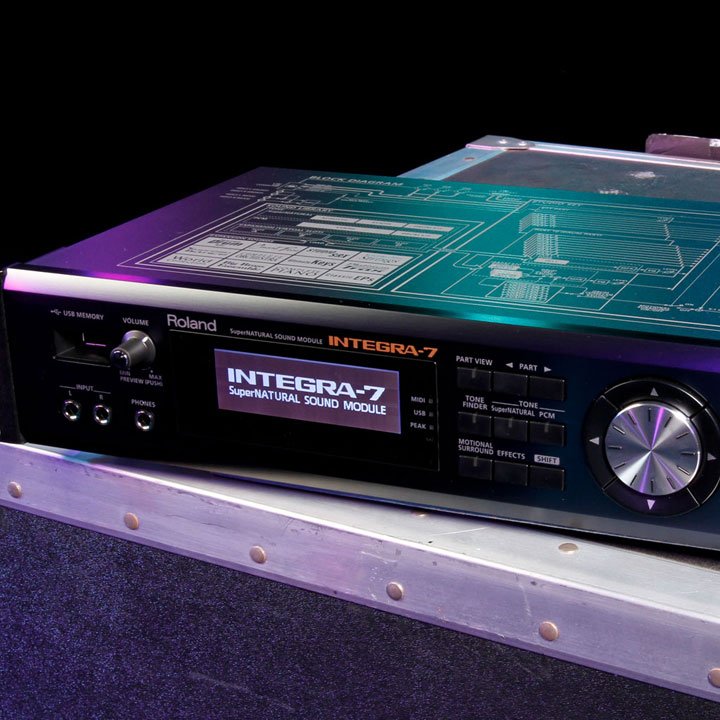 Electronic dance music DJ and producer Richard Vission discusses his use of the INTEGRA-7 in his remixes and original music productions.

Richard Vission has been a preeminent house DJ and producer in Los Angeles since the late ’80s. His musical career started when DJ culture was first taking flight in Los Angeles, becoming known for a freewheeling mixing style that cycled through dozens of records per hour. He took the same frenzied sound into his production career, scoring big in 1992 with the sports-anthem classic “Jump” as a member of The Movement.

Since then, Richard has produced and remixed top dance tracks for artists such as Donna Summer, Radiohead, Todd Terry, Lady Gaga, RuPaul, Ace of Base, Taylor Dayne, Crystal Waters, The Black Eyed Peas, Madonna, and many others. In 2001, he earned a GRAMMY nomination as Remixer of the Year. For over two decades, Richard’s hosted Powertools, the longest running mix show on U.S. radio. Powertools airs weekly on KPWR (Power 106 FM) in Los Angeles, and is syndicated in other markets.

As a busy producer who works on up to ten songs at any given time, Richard needs fast access to great sounds. That’s why he’s recently turned to the INTEGRA-7SuperNATURAL® Sound Module, calling it Roland’s “best sound modules, all in one.”

We recently talked with Richard about his long career, current projects, and how he’s integrating his newly acquired INTEGRA-7 into his everyday production process.

How many projects do you work on at a time?

In the studio, I’m working on nine or ten songs at one time. Usually, the norm is about seven in the pop world and about three in the EDM world. There’s just a constant flow. For good or for bad, I’m one of those tweakers—I’m never, ever done until it’s done done. You know, sometimes we’re writing pop stuff and we’ll be editing those vocals and working melodies out, and then at night I’ll be working on an EDM track. We’re also developing new tracks at the same time. It’s just ongoing, like nonstop here for us.

How does the INTEGRA-7 help you with your workflow and the demands of your schedule?

What’s cool about the INTEGRA-7, what I really like about it, [is that] it’s going to cut down on my time that I have to go searching for sounds. Right now, in the computer, we probably have 50 [virtual instruments] to choose from. But it’s very nice to know that I can get a lot of answers for what I’m looking for in my head [faster from the INTEGRA-7 hardware]. The INTEGRA-7 is going to make things really, really cool and help the workflow work faster.

Also, working from the INTEGRA-7 Editor for the iPad just makes it a little cooler. Looking at a sound module, sometimes it’s just difficult to get your head around it. The way [Roland has] laid it out in iPad form is very, very simple—touch here, press here, touch there—as opposed to [going] into different pages. An iPad just makes it [more fun].

How do you think other musicians and songwriters will use the INTEGRA-7?

You’ve been ahead of the curve for a long time with EDM groups like The Movement and Stranger Days. Could we possibly see you forming a new group in the future?

[Laughs.] I don’t see myself being in a group in the future; I think my days of stage diving [are over]. But I think I will be producing other groups, for sure. Being in a group is a really cool thing, and I think you’re going to start seeing more EDM groups come back into the fold, without a doubt. I think that’s going to be the next evolution.

I always like to look at history; history always repeats itself, but with a twist. And I think it’s really cool to see DJs play music, and I think the next thing for an EDM fan is to actually go and watch the person play the music. I mean, the best EDM show in the last 20 years is Daft Punk. So I think there’s going to be an evolution of that. Kids are going to be like, “There are a million DJs out there, but I want to play my stuff live.” I think you’re going to soon see four, five people on stage. I think that’s going to be the next thing. I think an electronic outfit having access to all the sounds that the INTEGRA-7 hasis going to help them. If you’re doing your records live, you’re going to need access to a bunch of different sounds.

How does the INTEGRA-7 inspire your creativity?

The INTEGRA-7 is great for inspiration, because it has so many different sounds, from brass to synth sounds to live piano, and a lot of new sounds, which is really cool. I mean, it’s just amazing to get ideas down or take your production to the next level. Anytime there’s something new that comes out, it’s definitely inspirational. [The INTEGRA-7] has old sounds too, and a lot of people have never discovered those old sounds, so to bring them back in the mix is very cool.

One other thing I think is dope about the INTEGRA-7 is the history of sounds that it has, especially a lot of the old drum sounds that I’m always searching for. One of the first drum machines I ever touched was a Roland TR-909. So to have access to that history in the INTEGRA-7, and their history of all their synths from the old JUNOs on down, it’s just pretty amazing and cool to have all that at your fingertips. It’s a JP-80, and it also has every SRX board. It’s like your best sound modules, all in one. 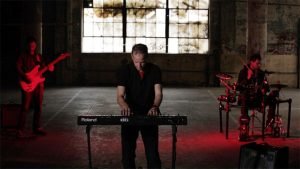 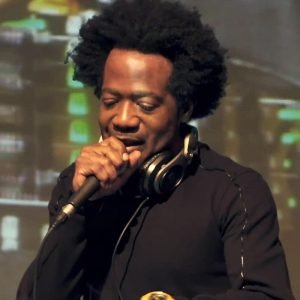 Roland catches up with DJ Pierre at his beloved ADE festival in Amsterdam to hear how he invented the Acid sound with a TB-303, and

Roland Synth Chronicle Contributed by Roland US Team  Download a PDF version of the Roland Synthesizer Chronicle, 1973 through 2010. 2013: V-Combo VR-09 This synth is