Create Your Own Piano Tone 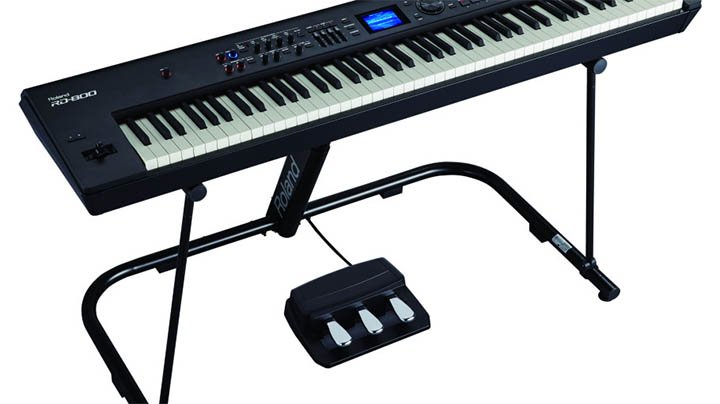 As a life long piano player, I’m pretty picky about my piano feel and sound. So when we received our first RD-800 Stage Piano back in the middle of November, I was curious how it would stack up to its predecessor, the RD-700NX.

When I first took the RD-800 out of the box, the first thing I noticed was that it was substantially lighter than the RD-700NX. Hey, 8 pounds is 8 pounds (55lbs vs. 47lbs) and trust me when I say that I spend as much time hauling gear between my apartment, music stores and our office as many gigging pros do back and forth to their gigs. So the weight savings were welcomed by me (and Air Canada too I’m sure!). The RD-800 in a proper flight case actually comes in under their 70lb weight limit.

The overall design of the RD-800 is slightly narrower than the RD-700NX is, and the new matte black finish and curved design really looks great.  However, one thing that didn’t change was it’s sturdy design. It’s really built quite well, and is just as roadworthy as the RD-700NX. I’ve hauled my RD-800 all over Vancouver in a soft gig bag, the Roland CB-88RL, and so far, not even a scratch.

There’s a new action on the RD-800 called PHA-4 Concert, an evolution of PHA-3 technology. It’s still Ivory Feel, and still features escapement, but it feels different than the previous action.  A couple of things I noticed right off the bat was that the keys had a very positive and reactive feel. But one improvement that got my attention was when the keys hit the end of their throw, or “bottomed”, it didn’t hit nearly as sharply as the previous action did. The engineers that designed the RD-800 told me that they decreased the mechanical “thump” of the action as well. They didn’t lie.  I also found that since I was used to the previous action, it took me a little bit to get used to the new feel. When I did, I found that I could be more expressive with pianissimo passages, and could play faster and more cleanly when I wanted to. After a somewhat extended session, my hands and forearms were not nearly as tired as I had experienced on other piano actions from both us and other companies.

When it comes to piano tone, everyone has their own preference. Over the last few years, I’ve grown really used to the SuperNATURAL piano engine that has been in all the Roland Digital pianos. When I was told that SuperNATURAL had been redesigned and improved, I knew that I really had to dig in and be critical. So I’ve spent the last couple of months comparing the old and new SuperNATURAL tones.

I should note that the new piano engine is appearing not only on the RD-800, but on our new HP Pianos and DP Pianos, as well as LX and HPi series.

It is different than what you might be used to from Roland. It still has that very transparent and mellow quality to it, with lots of harmonic content and nuance. But there’s a certain something about it that is hard for me to explain.  And unless you hear it through something other than a high quality set of headphones or really good monitor speakers for the first time, you might be underwhelmed. (For the record, when I first heard it under headphones, I was using Roland RH-300s and the first speaker system I plugged it into was the Roland CM-220.)

The very first default Piano Patch that is dialed up when you switch on the RD-800 is the Concert Grand. Redesigned from the ground up, it lays the foundation for our new tone. There’s several variations on that piano, including Rock, Bright, Mellow, and Compressed. Also, the core SuperNATURAL Piano from the RD-700NX along with all it’s variations remain. So you have a basis for comparison and a different starting point.

There is so much adjustability and parameters that I could use to make the piano sound and response my own, that it took quite awhile to tweak everything to the “perfect” sound for me. But once I got there, I was blown away by “my” new piano tone. It just made me want to play, and that’s always a good thing.

Beyond controlling many of the different resonances and acoustic nuances, you can really change the overall sound of the piano to suit both your taste and the playing situation. (i.e. live solo, ensemble, etc). One of my favourite parameters to mess around with is “character”. Some more parameters for piano editing from the flagship V-Piano also made their way to the RD-800. Things like Individual Note Voicing that includes micro tuning and character adjustments per key, really make for a very customizable piano sound.

Now, we get to something that I am very excited about: upright pianos!  From the character of the bass, to the shorter decay and more percussive sound, even the way the stretch tuning is applied, the second I started playing the first upright tone on the RD-800, I was sold. But then, I found out that the full Piano Designer was available for the Upright tones too. Then I was in upright piano heaven!

Want more RD-800? Next time, I’ll dive into some of the newer Electric Pianos, and the new Tone Colour knob and how easy it makes global tweaks to many different sounds on the RD-800. I will also cover Live Sets and MIDI Controller Capability too.

Command The Stage With The Roland RD-800 Stage Piano 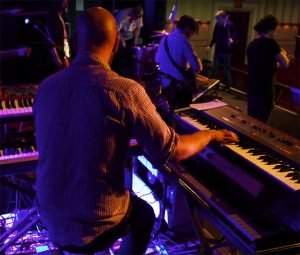 Boy and Bear are without doubt, one of Australia’s most successful bands. Five ARIA awards, countless sold out shows across the country and two very 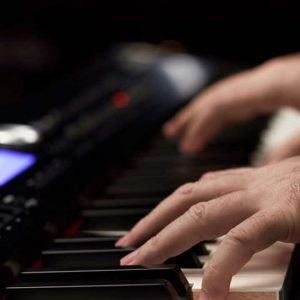 The RD Series of digital pianos has attracted attention globally for decades. From the start, Roland has always strived to create the ultimate electronic piano 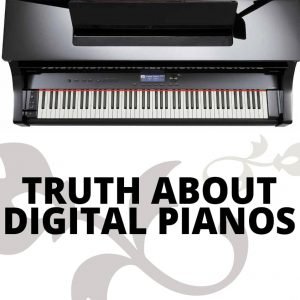 The Truth About Great Digital Pianos 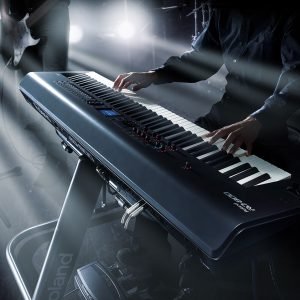 Command The Stage With The Roland RD-800 Stage Piano

The Roland RD-800 is an evolution of a classic line of stage pianos, an instrument with the artist and stage in mind.