Creating Beats for Dance Styles with the DJ-808 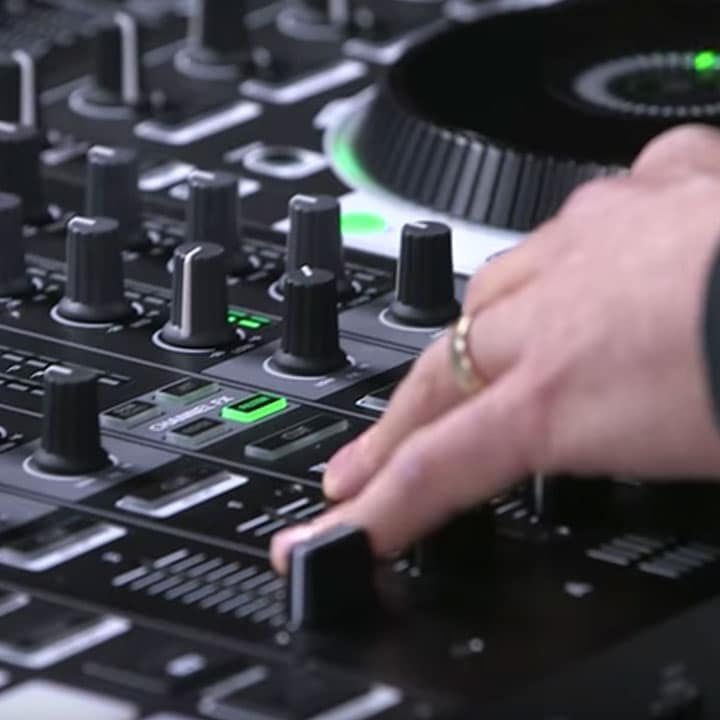 In this article, we’ll show you how to create some typical breaks on the DJ-808. Whether you play House, Drum and Bass, Trap or Electro, you can use the TR-S on the DJ-808 to incorporate live drum elements into your mix and make your sets stand out from the crowd. The videos included here will give you a guide to creating some classic dance beats on the DJ-808’s TR-style step sequencer. We’ve also added a step-by-step guide to setting up your drum sounds and the step patterns for programming each beat. Contributed by David Whitehead for Roland Corporation Australia

How to Create a ‘Classic’ House beat on the DJ-808

House music is the backbone of many dance genres and has spawned a wide range of variations. Starting in the early 80s, House utilises a four-on-the-floor Kick and off-beat Hats or Percussion. We wouldn’t have House as we know it without the iconic Roland TR-909 drum machine, so it’s great to have an ACB recreation built into the DJ-808! Firstly, here’s how you can make a traditional House beat with the classic off-beat Open Hi-Hat. For the Kick drum, select 909, set the TRIM to 40, ATTACK to 17 and DECAY to 15. Leave the TUNE at 50. This will give you a nice, tight Kick. The DJ-808 also has Clap sounds built-in and for this beat, it’s best to use a Clap instead of a Snare, so select the 909 Clap. Set the TRIM to 50, a little more ATTACK at 22 and the DECAY at 12. For the Closed Hat, again select a 909, set the TRIM to 66 and DECAY to 18. Finally, for the Open Hat, set the TRIM at 52 and DECAY at 29. By programming a two-bar pattern, you can create some variation just before the end of the second bar. This is a classic technique to introduce the next part of the track. Set the TEMPO to 120 BPM.

Tropical House has become very popular in recent years, and is perfect for that sun-kissed festival vibe. It has a more chilled-out feel than traditional House does, is often a little slower and focuses more on melody. While the beat is less intense than some other forms of House, it retains the four-on-the-floor kick and again often uses TR-909 sounds. In this one, use Serato Sampler to add a Shaker sound to the beat. Load a Shaker sample into Serato Sampler and we’ll now sequence it, using the TR-S on the DJ-808. Select the 909 Kick drum, but pull back the ATTACK and DECAY, both to 10. For the Snare part, use the 909 Clap, but bring it lower in the mix. Set the TRIM to 39. Similarly, on the Closed Hat, pull the TRIM back to 52. Set the BPM to 118 and add some SHUFFLE, set to 13 (Shuffle amount).

Many Tropical House songs also use Latin percussion sounds, like bongos, congas and steel drums. These can also be loaded into Serato Sampler and sequenced on the DJ-808.

Big Room House or Big Room Electro is a popular EDM genre that came out of the Electro House craze and quickly developed into a genre of its own. Often defined by massive saw-wave synths, pumping sidechains and tribal Toms, it’s a real arena-style sound, with huge drops and synth driven breakdowns. We’re going to use Serato Sampler to incorporate a Tom into our beat. Load a mid-ranged Tom into the Serato Sampler and you can sequence it using the TR-S on the DJ-808. Select a 909 for the Kick, set the TRIM to 50, ATTACK to 30 and DECAY to 40. For the Snare sound, select a 909 Clap and set the TRIM to 48. Set the BPM to 126 (with no swing).

How to create a ‘Major Lazer-style’, Moombahton beat on the DJ-808

Moombahton is a genre that you may have never heard of. But, you have probably heard the Moombahton beat used in a whole range of modern dance tracks! The term was coined in 2009, when Dave Nada combined House with Reggaton to create a four-on-the-floor beat with a Latin/Dancehall groove. It’s been used by Dance artists such as Diplo, Dillon Francis, Porter Robinson and Skrillex and has subsequently influenced Top 40 artists such as Drake and Justin Bieber. Keep your 909 Kick. Set TRIM to 60, TUNE it up to 60, set the ATTACK to 43 and DECAY to 31. Choose a 909 Snare, set TRIM to 68, TUNE to 73 and DECAY to 11. Then, select a 909 Closed Hat, put the TRIM to 68, the TUNE to 60 and the DECAY to 27. Set the BPM to 108 and SHUFFLE to 13 (Shuffle amount).

Moving away from the four-on-the-floor 909 beats, you can also create fantastic Breakbeats with the DJ-808. As the name suggests, the TR Drum Machine includes an ACB re-creation of the famous TR-808 from 1980.

Trap is a real blend of Hip-Hop and Dance production. It’s a term used to describe music made by Southern rappers and EDM producers alike. While this means it has expanded into a wide range of tempos and sounds, it remains consistently defined by large 808 Kicks with long decay, pitched up Snares and fast 32nd note Closed Hats. In this example, we’ll show you how to create a 147 BPM, half-time beat, using a 4-bar pattern. To make 4 bars using 32nd notes, this will use 8 spaces on the TR-S sequencer. Choose the 808L Long Decay Kick. Set the TRIM to 50, and TUNE it DOWN to 40. Set the ATTACK to 40 and DECAY to 63. Use a TR-606 for the Snare. A TR-606 is great for providing sharp, snappy snares, like those used in Trap. Set the Snare’s TRIM to 70 and TUNE it up to 80. Set DECAY to 40. Use an 808 for the Closed Hat, with the TRIM at 60, the TUNE at 70 and DECAY at 30. Set your BPM to 147 and set your SCALE to 32.

Dubstep is also classically characterised by a 140 bpm beat at ½ time. Whether it’s a deeper, dub-influenced sound or the more in-your-face sound that’s become popular in modern dubstep, you almost always find it following the pattern of the Kick on the first beat and the Snare on the third beat, giving it that half-time feel. Along with tearing basslines, the Kick and Snare are defining elements of Dubstep. To create a really big sound, producers often layer multiple Kick and Snare samples. So to achieve this on the DJ-808, you can double up the internal TR-S sounds with additional Kick and Snare samples from Serato Sampler. Choose an 808 Kick, tuned to 45, with TRIM at 65, ATTACK at 28 and DECAY at 20. Use a 606 for the Snare, with the TRIM at 60, TUNE at 75, ATTACK at 32 and DECAY at 100. We’ll also use a 606 for the Closed Hats, with the TRIM at 65, TUNE at 55 and DECAY at 55. Set the BPM to 140. 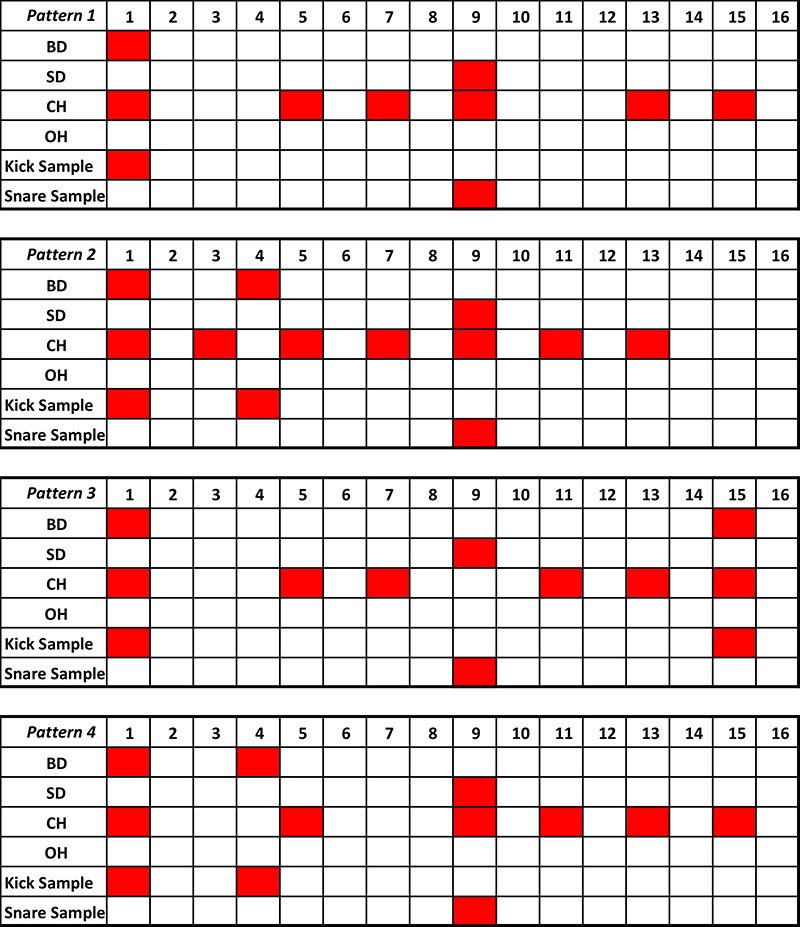 Early Drum and Bass and Jungle found definition by sampling classic Soul breaks. Producers then sped these breaks up, resulting in the now familiar Drum and Bass/Jungle drum sound. A perfect example of this practice was the drum solo from Amen Brother by The Winstons, a track which is now the most sampled song of all time! While the sounds used in this sample are from an acoustic drum kit, we are going to re-create this break with classic Roland drum machine sounds for a Jungle/Drum and Bass track. Jungle is a bit slower than modern Drum and Bass and therefore is able to use more complex beats, without sounding too full. This break works well at different tempos, but for our purposes here, we’ll demonstrate this example at 160bpm. Choose an 808 Kick, set TRIM to 64, TUNE to 60, ATTACK to 26 and DECAY to 4 (to make it short for a fast beat). TR-707 sounds work well for the Snare, with the TRIM set to 58, TUNE at 79, DECAY at 40 and ATTACK at 26. Use TR-808 sounds for the Closed Hats, with the TRIM set to 57, TUNE at 60 and DECAY at 28. Set the BPM to 160. This beat benefits from having some lighter Kicks along with heavy Kicks. You can do this on the DJ-808 by holding down the step that you want to change and turning the VALUE knob to change the velocity of the Kick. For this pattern, we’re setting the lighter Kicks to 70. The pink steps in the following pattern images show these lighter Kicks. Set the velocity to 100 for the heavier (red) Kicks.

Recommended Article: Your Guide to Using the Roland DJ-808 with Serato DJ 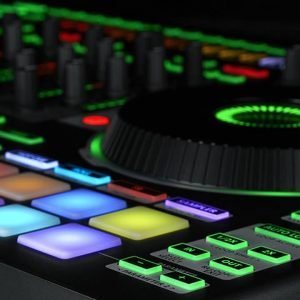 The Roland DJ Controllers, DJ-202, DJ-505 and DJ-808 have received a powerful update with the version 1.10 firmware. It adds new ACB drum sounds to 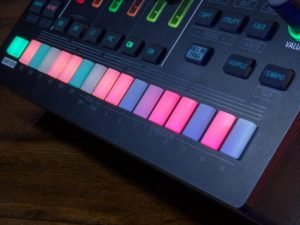 The Ultimate Guide to the TR-6S – Part 3. Advanced Patterns

If you’ve been following along through the previous 2 sections of this guide, you should have a pretty good understanding of programming beats and adding 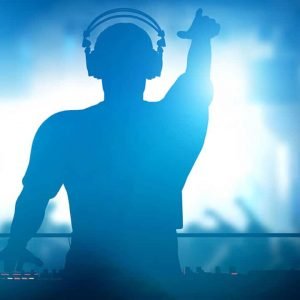 So, you’ve been DJing for a while now. Fantastic! You’ve also gotten to know your way around the decks. Great stuff! What you are probably 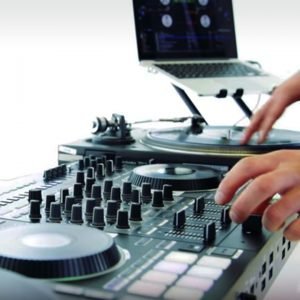 Your Guide To Using The Roland DJ-808 With Serato DJ

The Roland DJ-808 is an exceptionally powerful DJ performance instrument. Featuring an onboard TR sequencer, low latency platters and AIRA Link, the DJ-808 is set