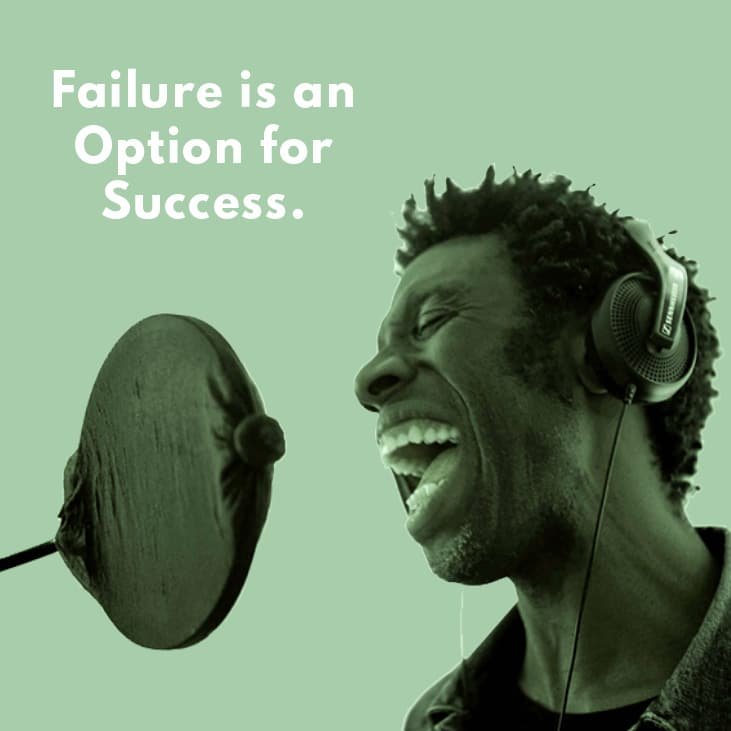 One such musician is Geoffrey Williams, a singer-songwriter and loop artist who has written for artists such as Michael Jackson, Nile Rodgers, Dusty Springfield and Color Me Badd, as well as performing at some great venues and events, including Wembley Arena and the Montreux Jazz Festival.

In his first article, Geoffrey outlined how he dealt with writer’s block and how it can be defeated. In the second article, he discussed working with Chic guitarist Nile Rodgers and what he learned from the experience. His third article took you through his journey as a writer for the King of Pop, Michael Jackson.

Now, Geoffrey will explain how a personal failure helped him to find an unexpected path to success.

So join us for this final article in the four-part series called “4 PROVEN TIPS TO INSPIRE YOUR SONGWRITING”, where Geoffrey will help you to unlock your songwriting creativity with the knowledge he has learned from some of the biggest names in the business.

As Ian Dury, and probably many others, said, “If you want to be creative, then you have to be willing to fail.” And with that in mind, I’d like to share my biggest failure success story.

It starts in the early 90s. I’m signed to EMI and I’m trying to discover what my musical style is. There are many people (managers, publishers and record execs) telling me what I should and should not sound like.

Being an artist of Afro descent, in the industry that seems to mean that you are either RnB, HipHop/Rap or Reggae. It’s hard to pigeonhole me because I’m not a pigeon and I don’t fit in a hole.

To me, creatively, it’s the kiss of death. It’s the bubonic plague on the lips of someone you’re desperate to kiss! In this period, any ideas that seem (dare I say) in any way uncool, do not see the light of day… or night for that matter!

It’s easy to get tangled up in this when you are signed to a major label. They are tapping the table, scowling impatiently as their unwavering stare pierces you into next week, waiting for you to deliver… The Single!

As Toots (and the Maytals) say, “Pressure drop, oh pressure, oh yeah pressure going to drop on you!”

Go on… listen to it:

As I have outlined in Post #2 “THE LESSON I LEARNT FROM NILE RODGERS”, the start of the creative process is an “anything goes time” of inspiration, ideas, dreams landing and amorphous beginnings.

At this crucial point, the last person you want in your head is the record company slashing around, killing your ideas, dressed as Sweeney Todd!

After making what I felt was an unsatisfactory record, I failed in my remit as an artist to myself in producing a record that satisfied me creatively and commercially.

Out of a deal and returning home to find pieces of my dream on the doorstep, I thought “F^@k it” and decided to ditch the “cool-ometer”, change my strategy altogether and write whatever comes. Unafraid to fail, as I’d already done that.

The Spontaneous Combo episode I wrote about in Post #1 “INSPIRATION IS EVERYWHERE!” was one of those occasions of writing, without a goal in mind. Here’s how failure turns into success.

Fresh inspiration comes when you open yourself to failure 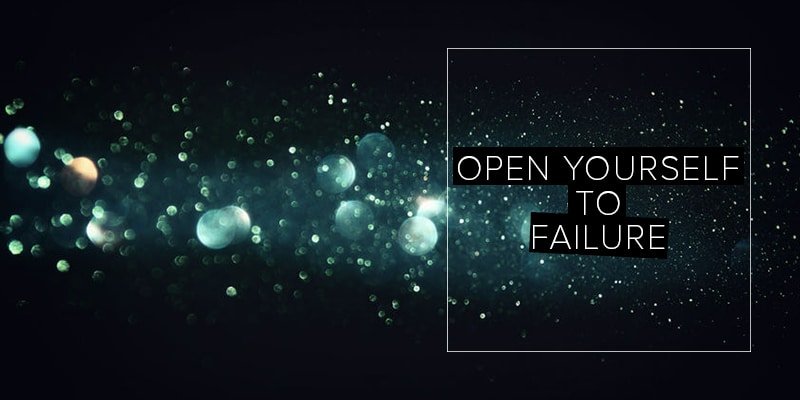 So, I’m performing at a women’s charity gig (I forget which one) organized by a good friend, Lynne. Several of the women present want me to teach their kids songwriting.

At this stage, I hadn’t found my facilitator mojo yet, so trying to put a workshop together is like pulling the decaying teeth from a hungry lion’s mouth! Pure fear and reticence.

Or for another analogy, that desperate resistance you give when someone’s behind you, trying to push you over the edge of the abyss!

(Added to this, I did not like using the telephone.)

But at the 11th hour, after what seems like an eternity as a member of the Procrasti Nation, I (cold) call up some of these women. It’s like Siberia it’s so cold. The thaw comes when one family says “yes”.

Stress propels me to ask my partner for help on what kind of songwriting activities I can do with the kids. She suggests a cool and fun method of generating lyrics, which you can try.

► Get a selection of weekend supplement magazines. Shake vigorously.

► Peruse the articles and write down every phrase that starts with ‘I’ that takes your fancy. For instance, from this particular article, you could choose “I hadn’t found my facilitator mojo yet”. Chop coarsely.

► Get a good number of lines, say 16, that you like, then rearrange them so that they make some kind of sense. I find it to be like getting a whole lot of statements that you’d like to say, but were afraid to! Or things that you’ve thought, but someone’s said it better. Knead.

So that’s what I do with these two lovely girls, which turns out to be a lot of fun. Anyway, I think to myself, “I need to experiment with this method”. So I do it with my partner. We come up with such lines as:

I sent a bottled message out to sea.

I’m looking for a soundtrack, just about to press playback.

And a million pounds came right back to me (er… we bent the rule slightly for this line!)

I put together a backing track and the song sounds like this:

It sits in my computer on its zeros and ones, (that’s my own rhyming slang for “digital bum”), twiddling its digital fingers. A small time later, I’m invited by a friend, Michael Dempsey, ex-member of The Cure, to join their production agency – placing music on TV ads, animations, etc.

In putting a showreel together, my partner suggests putting on an instrumental version of the track. Nice idea.

Finally, after a year’s worth of pitches (and as yet no riches!), a fish bites, the baseball connects with the bat and sails away into the blue…..

Philips want the track, a.k.a the experiment, the method I’ve only used once, for their Satinelle Ice TV ad campaign.

The following year, they want to use the track again, worldwide.

The following year, they are looking for something different as the soundtrack to the campaign. BDM pitch some of our music, along with their own. They come back saying, as they can’t find anything they like, they are going with our track. Again.

The fourth year is similar to the previous in size, shape, and disbelief.

OK, I’ve fallen apart – my sides have split, my head, which is now rolling about on the floor, is crying! I don’t know why they’re not still using it.

This piece of music is the most commercially successful piece I’ve ever made, seen and heard by millions (more than the Michael Jackson song).

To me, it’s important to be open, to let one’s creativity be, to try different things without necessarily having a goal.

Most of all, it also seems important to have a broad idea of what success is. You really don’t know at which door it will arrive. And this is what it looks and sounds like: 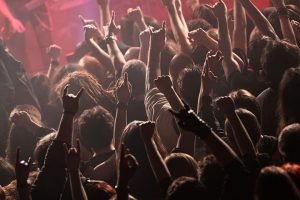 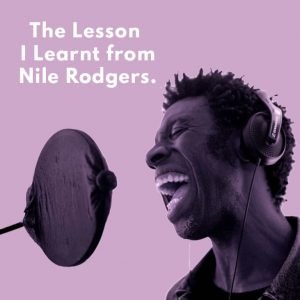 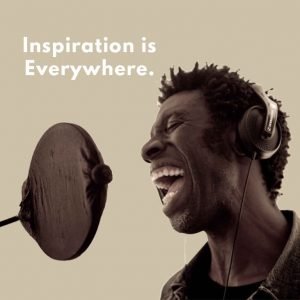 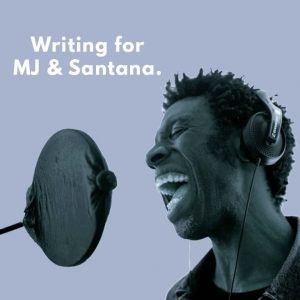 In his first article, Geoffrey outlined how he dealt with writer’s block and how it can be defeated. In the second article, he discussed working