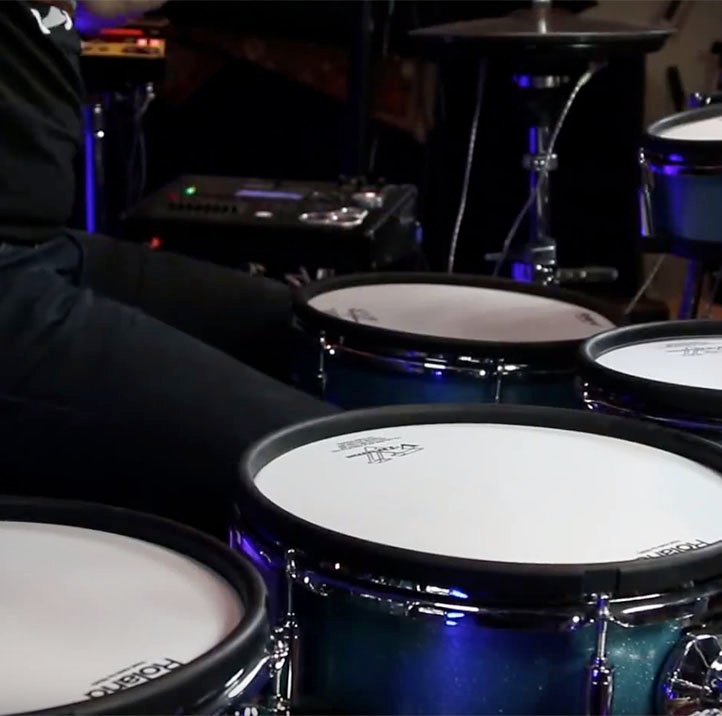 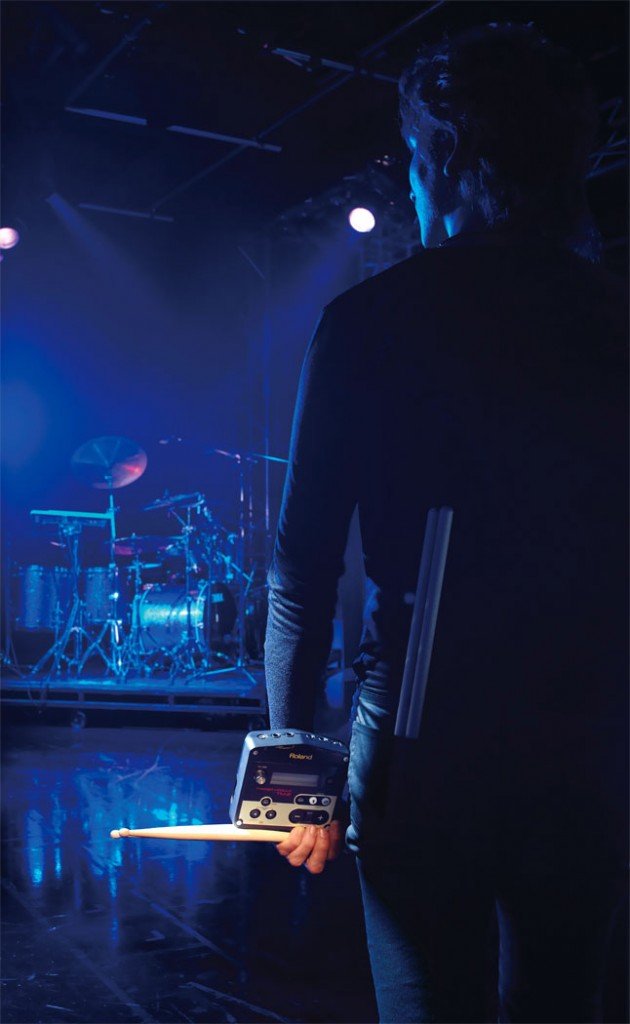 This is all about the Roland TM-2 trigger module! For the acoustic drummer, sitting behind the drum kit while the guitarists in the band switched guitars and/or effect pedals in-between songs was something that had to be endured while they simply made do with the singular sound style their kit provided. Now thanks to the Roland TM-2, drummers have an increased sound choice that is no longer reliant on the microphone placement and setup by the front of house engineer. More importantly, this new-found sound management is controlled by the drummer while at the kit. The TM-2 (which can be attached to a hi-hat stand or drum rack) contains over 100 ready-to-play professional sounds ranging from acoustic and percussion to modern electronic instruments. With the one drum kit, drummers now have the ability to quickly and easily switch from rock or metal genres to electronic music. This is all done through the sound samples that are activated by the drum triggers.

In the TM-2, samples are organised as either instruments (like kick, snare or bass drops) or as elements. While the instrument sounds are self-explanatory, elements can be described as sounds that enhance or contribute positively to your existing kit sound to take it to another level. A good example of an element would be the attack or click portion of a beater hitting a coin taped to the bass drum head which drummers could layer with their own drum sound for a more defined kick sound. This creates a sound ideal for a fast metal double kick style effect, the snare rattle from under the snare (for added realism) or to simulate a microphone underneath. There is a reverb tail element which could be layered with the existing dry snare sound for when a bigger, wetter sounding drum sound is required. Drummers can also use the sub-frequency thump from a bass drum miked with a woofer speaker element. This is something that is often done at the studio level that can now be replicated live on any stage. All of these elements are standard inclusions in the TM-2 and can be added to by saving original sounds onto a SDHC memory card (for which there is a built-in SDHC card slot).

The triggers that are required to activate these enhanced sounds will depend greatly on the style of kit being played. The RT series of triggers have been created for use with acoustic kits and can be placed on kick, snare and toms. These same triggers are also compatible with the Roland V-Drums TD series, TMC-6, SPD series, and HPD-series. Recently Roland was lucky enough to snare some time with Michael Schack which resulted in the following video. Not only does this show the TM-2 and RT series of triggers in action, it explains (as only Michael could) what hybrid doesn’t mean when talking about the hybrid versatility of the Roland TM-2.

One additional trigger that Michael mentions in that video is the BT-1 Bar Trigger Pad which allows drummers to quickly and easily add electronic triggering to any drum kit (acoustic or electronic). Its curved shape also allows it to be added without affecting kit layout. Drummers wouldn’t have finished their first song using this system before audience members start asking “where did that come from?”, “how did he/she do that?” and “where do I get one?” Similarly, the PDX range of triggers (such as the PDX-8, PDX-100 and the PDX-6) will work on almost any drum kit (acoustic or electronic) leaving audience members/concert goers in awe. For more demonstrated awe, watch and listen as Michael Schack demonstrates the TM-2 with the BT-1 and PDX range of triggers. As you can see (and more importantly hear), the layered and versatile sound options the TM-2 provide are only limited by the drummer’s imagination. And like any drummer using brushes, we’ve only begun to scratch the surface.

Not just for drummers

Beyond the obvious drumming applications, the TM-2 offers other opportunities for engineers who could use this device as a tracking tool.

By using the TM-2 to capture kick and snare notes at the same time the microphone captures the sounds, you’re providing additional opportunities when mixing in the studio.

It’s possible to assign these captured MIDI notes to any new sound layer or replacement sound to speed up the process of finding the ideal drum sound for the music being recorded. There are countless opportunities. Stick with us as we delve deeper into the specifics of the acoustic setup and the electronic setup in future articles.

Others articles in the series: 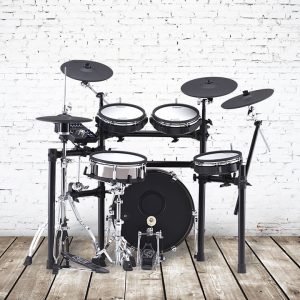 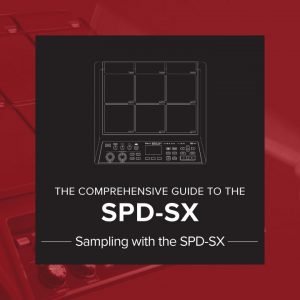 Sampling with the Roland SPD-SX

Let’s Do Some Sampling! Far and away the most exciting thing about a sampler has to be the very act of sampling itself. Being able to quickly sample

Expanding the Possibilities with your SPD-SX

Expand the possibilities of the Roland SPD-SX More? How is this possible? We all agree that the SPD-SX is an amazing instrument. The ability to trigger 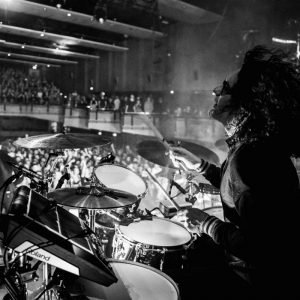 How to Use Hybrid Drums to Give Yourself a Competitive Edge

Although the word ‘hybrid’ is widely used in drumming circles, the technology involved in bringing acoustic and electronic drums together often feels reserved for those