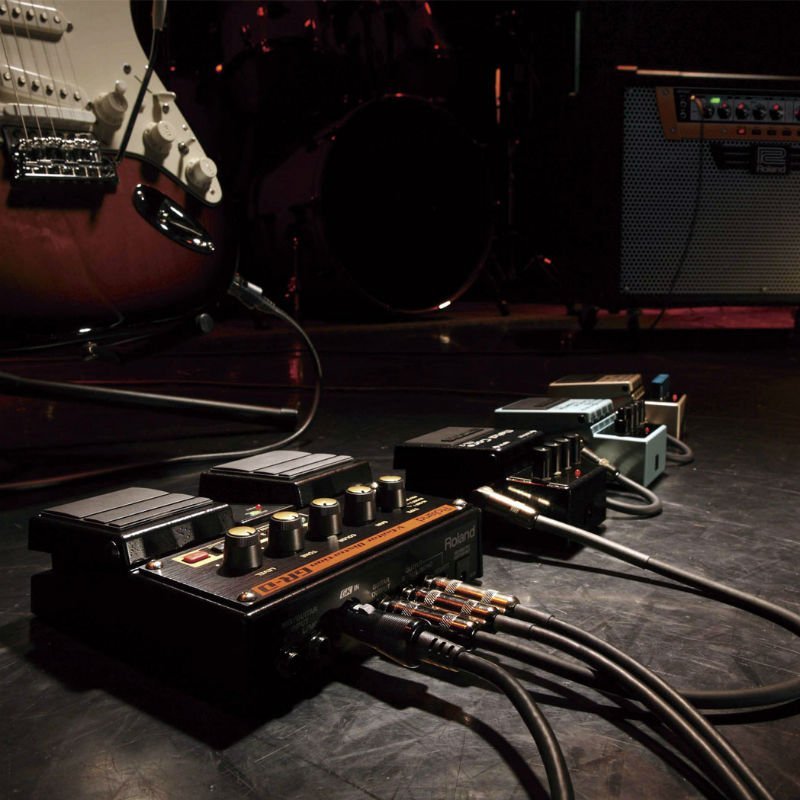 Guitar players are a funny lot — I should know as I’m one of them. While multi-effects floor units allow the player to create, save and recall a multitude of effect combinations, many players still favour putting together their own pedalboard using separate pedals, even though this means adding power supplies and using lots of short cables to connect the pedals. Yes, and the self-adhesive Velcro always seems to come unstuck in warm weather, but what’s a little adversity in the quest for tonal perfection?

Boutique pedal manufacturers often make a big deal out of pedals being ‘true bypass’. What this actually means is that the mechanical on/off footswitch physically connects the input jack socket to the output socket in bypass mode while also removing any connections (other than the ground) to the internal circuitry. The lauded benefit is that when the pedal is bypassed, the direct ‘hard-wired’ input-to-output connection means your tone will be exactly the same as if you were plugged directly into your amp. That seems logical enough so true bypass must be best, right?

Well, there’s a little more to it than that, otherwise you’d have to conclude that all the manufacturers making electronically buffered pedals, such as BOSS, go to the time and expense of adding buffer circuitry to their pedals simply to irritate the discerning guitarist. Obviously no designer wants to design and build extra circuitry for no good reason, so let’s take a look at the pros and cons of both approaches.

Firstly, the true bypass pedal does exactly as claimed but it’s often the case that one penalty you pay for this supposed luxury is that some switching noise is evident when the pedal is turned on and off. Does anyone remember the horrendous clonk that was produced when the early wah wah pedals were turned on and off or the annoying clicks generated when activating some types of overdrive or fuzz pedal? It’s even worse if you have a delay pedal later in the chain as you’re then treated to a series of repeated pops. Being fair, most of todays’ true bypass pedals have quieter switching than in days of old, but while a single true bypass overdrive in front of your amp might make sense, having a whole row of them connected together on a pedalboard can still result in a little signal degradation as your guitar output is now passing through a whole line of cables, connectors and switch contacts, each of which introduces a little resistance, and in the case of dirty contacts, a little distortion too.

You also need to understand the ramifications of true bypass if you’re using a delay or reverb pedal. As soon as you turn off the effect, the delay or reverb immediately disappears rather than being allowed to decay gracefully. Most times this is not what you want to happen.

That brings us onto pedals with built-in buffering. A well designed buffer maintains both signal quality and level but with the added benefit of having a low output impedance capable of driving long cables or feeding other true bypass pedals with much less quality loss. It’s true that a badly designed buffer can compromise your tone, especially if several less than perfect pedals are connected in a chain, but I’ve used a lot of BOSS pedals over the years and never felt that the sound has changed to any noticeably degree when a bypassed pedal or three that incorporates buffering is inserted into the signal chain. Buffered pedals can also be designed to have absolutely silent switching activated by a momentary action soft-touch pedal rather than a potentially noisy and often stiff mechanical switch.

Buffered circuity can also be a great advantage with those delay and reverb effects mentioned earlier as the pedal can be designed such that activating the switch to turn off the effect still allows the reverb tails and delay repeats belonging to any notes you played before hitting the switch to die away naturally. This sounds a whole lot better than having your delays cut off mid decay.

The reality is that different players have different favourite pedals built by different manufacturers and where you have a mix of true bypass and buffered pedals in your setup, using a buffered pedal right at the start of the chain (such as a buffered tuner) will help maintain signal quality through the chain. If you play the kind of venues where you need to run long cables, having a buffered pedal in the chain can also help as it will avoid the cable capacitance of the lead going from the pedalboard to your amp sucking out the high end from your tone. Guitar pickups are designed to be connected to a guitar cable exhibiting a certain amount of capacitance but that’s taken care of with the cable connecting your guitar to your pedalboard. What you don’t need is more capacitance due to the cable connecting your pedalboard to your amp.

Buffered pedals can be an aid in the studio too, even if you’re just using one pedal at a time, as the quieter switching is less likely to pick up on nearby microphones. More importantly though, the low output impedance of a buffered pedal means that you can plug it directly into a line input on your recording system without having to worry about impedance matching. Not all audio interfaces or hardware recroders have instrument-compatible inputs but with a buffered pedal you don’t need to worry about that. Of course you might question the need for pedals at all in the studio where there’s a wide range of software amp modelling plug-in choices, but experience has shown that the end result is often more convincing if a good analogue overdrive pedal is used at the input rather than relying entirely on modelling.

Though both true bypass and buffered pedals require power, BOSS have to be acknowledged for bringing a degree of standardisation into the pedal market where many products from other manufacturers have adopted their nine volt, centre pin negative connection protocol. However, some pedals do exist that require different voltages or polarities and this must be taken into account when assembling your pedalboard. If you don’t want to use separate power supplies for all the non-standard pedals, your best bet is to buy a pedalboard power supply that offers isolated outputs that can be set independently for voltage and polarity. These, however, are not cheap. In the event that you choose to use all Boss pedals, then the company supplies various moulded pedalboards, some with power supplies built in. These work well but may not accommodate pedals from other manufacturers, so if you’re a mix and match kind of player, you’ll probably need to choose a third-party pedalboard or build your own.

With few exceptions, using BOSS or BOSS-compatible pedals means that you can power them all from one standard nine volt supply providing you ensure that the current capability of the power supply is greater than the combined current demands of all your pedals. The pedal manual will tell you how much current is required where one milliamp is one thousandth of an amp. Analogue pedals tend to draw only a few milliamps but sophisticated digital pedals may draw hundreds of milliamps. Though Boss pedals seem happy fed from a simple unregulated power supply, my own preference is to use regulated supplies as they ensure a consistent supply voltage regardless of how many pedals are connected and fluctuations in the mains voltage should have no effect either. Modern switch mode power supplies adapt automatically to both US and European voltages without the need to change any switches and so are particularly attractive for anyone doing an international tour. 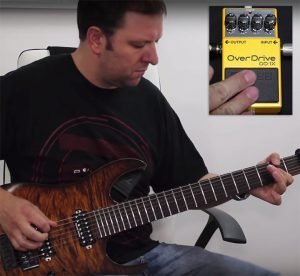 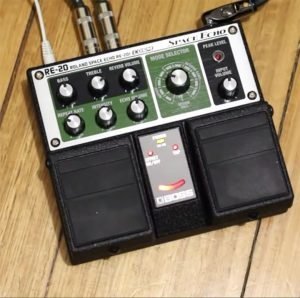 When you’re talking about a digital piece of gear that replicates a classic of the past, the true test is in how successfully it convinces 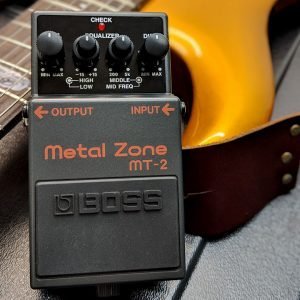 It’s funny – everyone has an opinion on the trusty ol’ Metal Zone. And we think we know why – it’s because almost everyone has 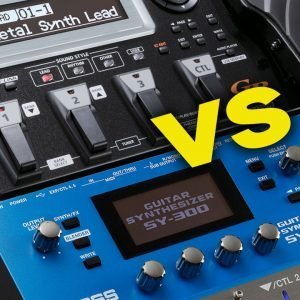