Recording Drums: A simple guide to recording the drum kit 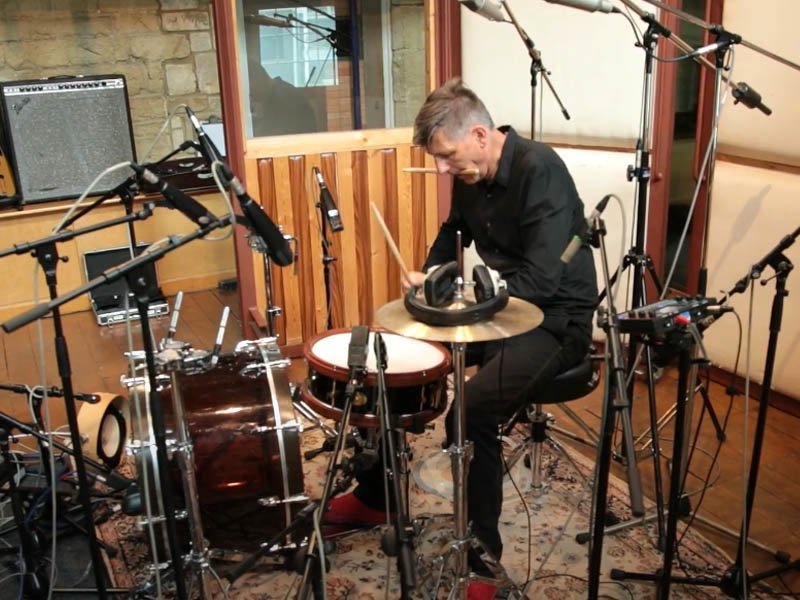 If recording acoustic drums is one of the biggest challenges there is in recording, recording your own drums as you play would have to be the biggest but it need not be!

Let’s look at the three most common ways of recording drums.

With electronic drums, the expensive and hard work has already done for you!

Recording V-Drums is as simple as connecting a single cable so from an ease of use perspective, there’s just no competition.

Being able to put the technical recording aspects to one side and just play, makes all the difference when it comes to saving your energy so you can enjoy playing and in the end, get the best recorded performance.

Here are the main benefits of recording electronic drums:

Read more about the differences between MIDI and audio here.

With audio and MIDI interfaces built-into the sound module these days, both the note performance and audio sound can be transmitted digitally to and from a compatible computer system without the need of any other recording interface.

The MIDI data which is essentially which note/drum, how hard it was struck and when it was played are recorded into the recording software. From there, the individual notes can be moved, copied, added or deleted and arranged as required for the perfect performance.

The notes are then sent back to the module or to drum plug-in software to generate the sounds.

The sounds played back are limitless and don’t have to be just drums. For example, you can copy the drum notes to a different instrument track and have them playing piano, bass or any other sound for the ultimate creative possibilities.

See the articles below for how to record each Roland V-Drums kit.

Being a collection of different percussion instruments each with their own size and tonal character crammed into a tight space makes chosing the right microphone and microphone position a real challenge.

Given this complexity and the chance for creativity has made the recording of drums an art unto itself.

Many engineers over the years such as Alan Parsons, Eddie Kramer, Bob Clearmountain, Glyn and Andy Johns, Steve Albini, Butch Vig, Peter Henderson and many others captured and created unique kit sounds that have become instantly recogniseable.

Listen to this early recording from 1968 of drumming ledgend Earl Palmer for David Axelrod’s ‘Holy Thursday’.

Though in mono and panned to the right channel, the depth and clarity of the sound is remarkable and goes to show what can be done to capture a performace with only one audio channel.

Imagine a room with no air. Space. Where there’s no air, there’s no sound so the recording room is a key ingredient to a great drum sound.

The most famous drum recordings have something special about the sound and often, it’s the room the plays a significant part.

Famous drum recording rooms like those at Avatar, Real World, Abbey Road were designed specifically to highlight the most desireable aspects of acoustic instruments and minimise the negatives.

Most world class studios have at least one area or dedicated room for drums be it live and reflective through the use of glass, concrete and tiles or darker and more rounded with the use of wood. Often, rooms have movaeable panels, sliding doors, partitions and curtains for changing the reflectiveness and character of the room quickly.

The room shape, size and materials are carefully planned well before a single nail is struck and significant testing and modifications often continue throughout a studio’s life to change with the current trend in recording techniques and drum sounds.

Drum Sounds Change with the Times

For example, the 60’s drum sound is open and ringy often with huge plate reverb units in the walls or separate rooms, the 70’s dry and more muted with close miking and damping.

The 80’s saw heavily effected drums with the use of electronic noise gates, dynamics compression and reverb generators. Today, engineer’s experiment with all manner of drum machines and samples and combining acoustic and electronic drums to produce new and interesting sounds that stand out.

Which Microphones to use with Drums?

When it comes to the devices used to capture the sound, the microphones, the sky is the limit as far as price goes.

While it’s possible to get an ‘interesting’ drum sound with just your phone, for more control and a more hi-fidelity kit sound, a minimum of four microphones is best. Four microphones will allow the frequency and dynamic range as well as the stereo image of the kit to be captured.

In our comparison above we’ve kept it to 8 microphones but in reality, that is the bare minimum number of microphones required to make a modern drum recording.

To add to the complexity and cost, a wide range of different microphones is used to capture the various drum kit components. PZM, electret, large and small diaphragm, ribbon and dynamic microphones are just some of the many microphones types available. Each type has it’s own characteristic and stamps it’s own sound on what’s being recorded.

For example, a very popular microphone used on the snare drum is the Shure SM-57 which is a relatively affordable dynamic microphone. Microphones used to capture the overhead sounds including kit ambience and cymbals, are generally highly sensitive, multi-pattern, powered condenser microphones consting upwards of one thousand dollars each.

Going deeper, kick drums are often recorded with a dynamic microphone placed inside the drum and another much more expensive condenser microphone outside as well. A combination of microphones allows the different high and low elements to be captured for a more complex and impressive sound.

To top it off, many engineers also use a sub frequency device to capture the low frequency thump from the kick. That’s three microphones on one drum and we haven’t even gotten to the hi-hats and toms yet! Some engineers place mics on top and underneath toms to capture a fuller sound as well as acoustic piezo triggers to offer more options at the mixing stage.

Often, very expensive ribbon or valve room microphones are added on top of this lot to allow a sense of space to the mix.

Lastly, everything, including the kit and equipment needs to be placed precisely to account for phase cancelling and room acoustics then once the drums are recorded, noise gates, compression and precise balancing and equalization of all the recordings needs to be done just to make it sound like a nice kit.

As you can see, creating the ideal acoustic drum recording is an expensive and endless endevour.

The big advantage with V-Drums is that this work has been done for you. You simply choose a sound you like and play. Sound tweaks can be made at anytime.

See the process of recording sounds for V-Drums here

One of the ways to dramatically change an acoustic drum sound is to layer it with a contrasting electronic sound.

Read more about the possibilities of hybrid drumming here.

Emphasizing or replacing a drum sound can be done at the recording stage or afterwards.

Drum triggers are an effective way to capture the drum strike as a MIDI note. This note is recorded and played back along with or instead of the acoustic drum to enhance or replace it altogether.

Many drummers use a combination of acoustic and electronic drums to give them the biggest range of sounds for different styles of music. For example, drummers who play hardcore metal often use kick triggers fed to a WAV/sample player module to trigger bright and snappy sounds to highlight the attack of the kick to help it cut through the dense wall of guitars.

Even legendary drummer Jim Keltner uses triggers to help him get the best drum sound. See more about how drummers use triggers in this video below.

So, as you’ve seen, drums can be the most difficult or one of the easiest instruments to record.

For self-recording drummers, V-Drums make a lot of sense and allow the focus to be back on the playing whilst allowing even more choices afterwards.

Put simply, recording yourself helps you hone your playing and ear and makes you a better all round musician. The more you do it the better you become. Tools that make the process easier will only speed up your progress and enjoyment in drumming. 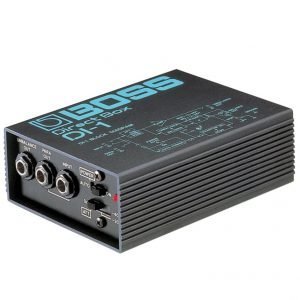 Contributed by David Jiang for the Roland Australia Blog Have you ever found your perfect tone, then plugged your instrument into a PA or recording desk 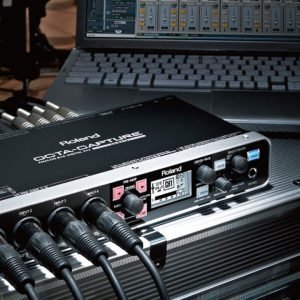 The A-Z of Recording

Whether it’s Absorption, Diffusion, Condensers, Polarity or Phase. The jargon of recording can be confusing. We’ve put together this resource to help you translate the 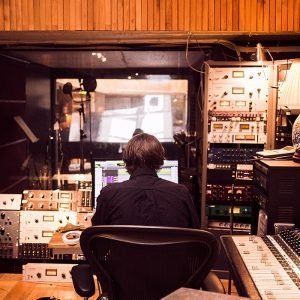 How to Use Mastering for a Big Sounding Mix

It’s a common scenario — you mix your song, you think it sounds great, then you play your CD or MP3 alongside a commercial record 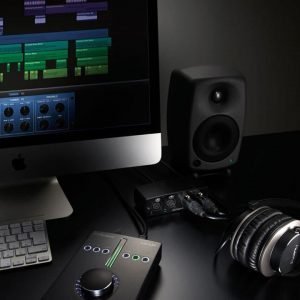 Not long ago, studio quality recording, mixing and were only in reach of those who had the money to hire out a professional recording studio.